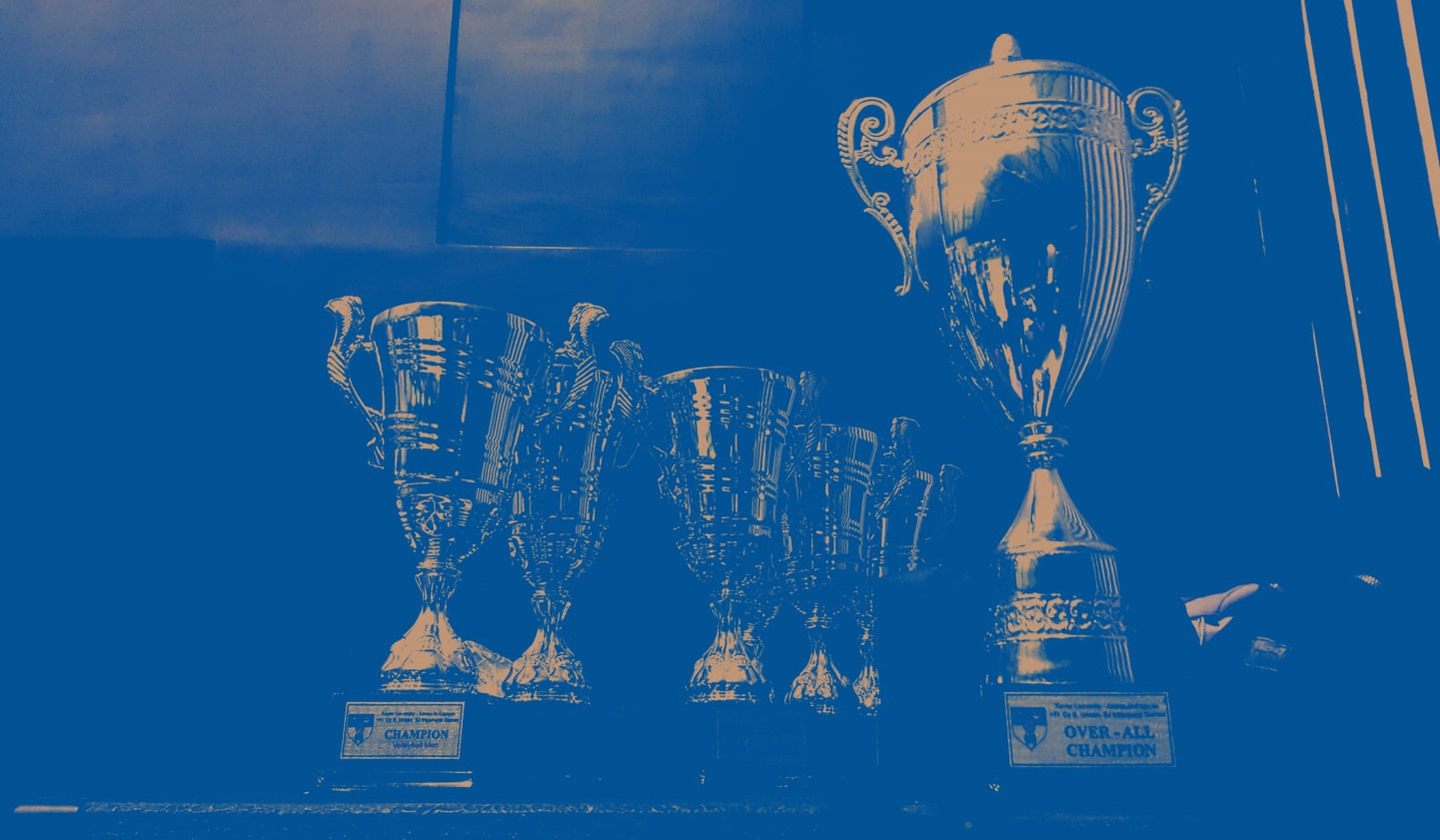 "Only a man who knows what it is like to be defeated can reach down to the bottom of his soul and come up with the extra ounce of power it takes to win when the match is even."
—Muhammad Ali, Inducted 1985

Our Hall is Famous

About Kentucky Sports Hall of Fame

The Kentucky Sports Hall of Fame (KSHOF) is owned and operated by the Louisville Sports Commission, a Kentucky-based non-profit whose mission is to attract, create, host and operate sporting events and activities that enhance the quality of life of the Commonwealth. The KSHOF was founded in 1963 to recognize athletes and sports figures who are Kentucky natives as well as individuals who participated in their respective sport or made a significant impact in their sport in Kentucky.

The public is encouraged to nominate anyone who they would like considered for the KSHOF Class of 2023. Nominations received by March 31, 2023, that meet the Selection Criteria will be placed in a pool with other candidates. Click HERE to download a form.

The 2022 Kentucky Sports Hall of Fame Inductees and their families will be honored on Aug. 22, 2022, at the Galt House Hotel in downtown Louisville. For ticket information or sponsorship opportunities, contact Julie Howell at jhowell@louisvillesports.org / (502) 587-6742.

Comprising the 45th KSHOF class are Mitch Barnhart, nationally renowned athletics director at the University of Kentucky (UK) since 2002; Michael Bush, football star at Louisville Male High School, the University of Louisville and in the NFL in the early 2000s; Sue Feamster, former UK athletic administrator and trail blazer for girls’ and women’s participation in athletic competition starting in the late 1960s; and Dallas Thornton, basketball star at Male, Kentucky Wesleyan and the Harlem Globetrotters in the 60s, 70s and 80s.

Click HERE for more information about the Class of 2022.

Click HERE to view photos from our 2021 KSHOF Induction Ceremony.

See below for a highlight video of our ceremony celebrating our Class of 2021:

To be considered for nomination to the Kentucky Sports Hall of Fame (KSHOF) candidates must meet at least one of the following criteria:

The following are age/tenure guidelines for consideration.

All candidates under consideration for the KSHOF must meet at least one of the following criteria.

In addition to the above eligibility and selection criteria, all candidates must have represented themselves with dignity and class.

There are five categories for which a candidate will be considered for induction.

The following achievements carry significance during the evaluation process:

There will be no restrictions on any candidate based on gender, sexual orientation, nationality / country of origin, religion, or place of residence.

The public is encouraged to nominate individuals for consideration based on defined eligibility and selection criteria.

All nominations are reviewed by a screening committee that is comprised of sports experts and community volunteers. This committee will evaluate all nominations based on the criteria and provide a selection committee with a list of candidates.

The selection committee is comprised of sports media from throughout the Commonwealth of Kentucky. The committee members will review the list of candidates and vote for their top five candidates using a 10-7-5-3-1 point system (1st place – 10 points; 2nd place – 7 points; 3rd place – 5 points; 4th place – 3 points; 5th place – 1 point). A designated number of candidates with the most points will be selected as those to be inducted.

All votes are independently tabulated by regional accounting firm Dean Dorton, one of the largest accounting and advisory firms in Kentucky, with offices in Louisville and Lexington. No member of the Louisville Sports Commission board or staff will receive or tabulate votes.

The Kentucky Sports Hall of Fame Selection Committee is comprised of the following members of the media from across Kentucky:

The Kentucky Sports Hall of Fame (KSHOF) was founded in 1963 to recognize athletes and sports figures who were born in, or who played their respective sport in, the Commonwealth of Kentucky. Each inductee is recognized with a bronze plaque that historically has been showcased at Freedom Hall at the Kentucky Exposition Center in Louisville, Ky. After a hiatus in the 1970s and 1980s, the KSHOF was reinstated. Its volunteer board of directors aligned with Kosair Charities, which provided administrative support and oversaw the banquet In return, Kosair Charities was the beneficiary of an annual donation. In 2018, when Kosair Charities ended its longtime relationship with the event, the KSHOF board unanimously voted to allow the Louisville Sports Commission to oversee and administer all aspects of the KSHOF.